What is it? A new mode of transportation that’s supposed to be very fast like Concorde, on ground level and requires no rails.

What could it be? Dylan thinks it’s a tube mail system. Jacques thinks so as well, and says Elon said it’s not a vacuum tube.

Here’s my not entirely serious guess (lots of problems here): 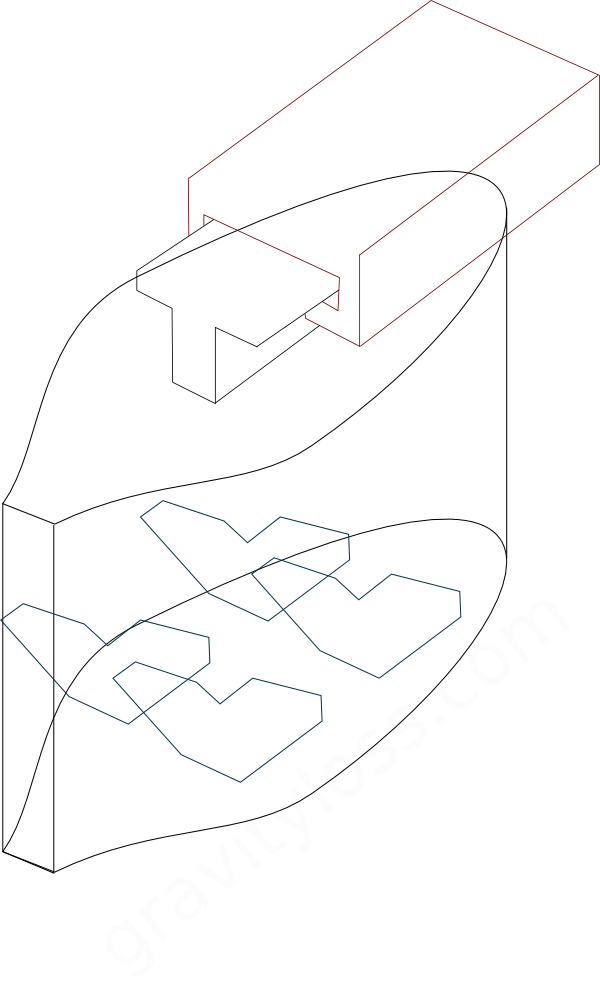 A two dimensional low drag (subsonic laminar flow) body suspended from a single maglev rail. One problem is sideways acceleration: you can’t tilt and generate vertical (eyeballs-up) lift with this, only sideways lift, which would feel quite uncomfortable to passengers, unless maybe you tilt the seats. It might be best to keep it aerodynamically neutral and let the rail do all the guiding. The two dimensional shape is nice for entering though, since it can easily be standing height. The door must be at the rear since there can be no breaks in the front of the fuselage. I imagine it could be relatively silent, traveling around 400 km/h (100 m/s) in the countryside. It could be relatively easy to integrate right into city centers as well, seeing it doesn’t claim much ground space except at stations. Since the cabin only has single dimensional curvature, it would be extremely easy, quick and cheap to build with high aerodynamic quality. You could build thousands very quickly by contractors. The magnetic head could be complicated though since it would need active clearance control. Energy usage could approach that of bicycling, the king of efficient transport.

There’s lots more somewhat similar suspended cabin concepts in this Popular Mechanics magazine from 1971, though they use mechanical propulsion and are stubby low speed shapes. Funky looking. Some still operate quite succesfully, like the Morgantown Personal Rapid Transit.

On a strained related note, it’s also interesting that Helsinki is pondering a suspended cable car to link the eastern island of Laajasalo to the city center directly. That could bring the city’s land prices up quite significantly, making the large transport investment profitable.

This entry was posted in Transportation, Uncategorized and tagged Cabin, Suspended, Transit. Bookmark the permalink.