Most people with interest in aerospace history know of Barnes Wallis’ geodetic structures, most famously used on the Vickers Wellington. He first invented them for the R100 airship, basically a weave of thin aluminum shapes going in different directions, forming a grid. No bulkheads or even wing spars needed, but it was quite complicated to build. Fabric was used as a cover, first linen and later thin steel wire mesh. It became outdated when airplanes were pressurized and moved to aluminium monocoque structures. 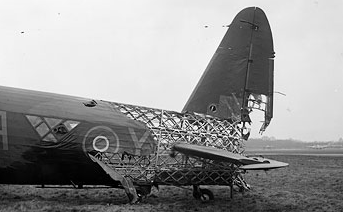 Well, now, airplane manufacturing technologies are changing again, after some 70 years of riveted aluminium sheets, bulkheads and spars. Composites laid by robots enable fancy shapes, and optimizing the strenght carefully in various directions. Boeing has been looking at a 737 replacement. So far, pressure hulls have had to be cylinder or ball sections – only that way the thin skin can be in pure tension, the only force it can really resist. Often a double bubble has been used, with the cabin floor dividing the lower and upper half into two circular sections and also keeping the left and right side together at the same time. A circular frame is not very space efficient for humans though, so Sankrithi et al at Boeing figured out how to put fibers in a grid to enable a roughly elliptical shape that is wider than it is tall. The advantages are not entirely clear to me from their description, since they seem to say the ratio of seats per circumference is similar to a circular frame, but it is nevertheless interesting. (Also, it’s strange that Free patents online shows that the patent was filed in 2009, yet Google shows it was filed in 2005, yet they seem the same at first glance). 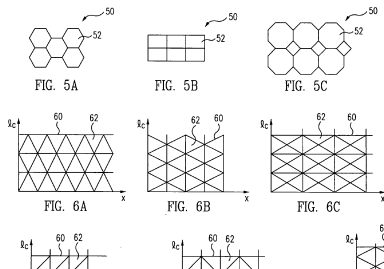 This has some relation to the X-33 where they also attempted non-cylindrical composite pressure vessels. The technology has advanced since though.