Local is not Global 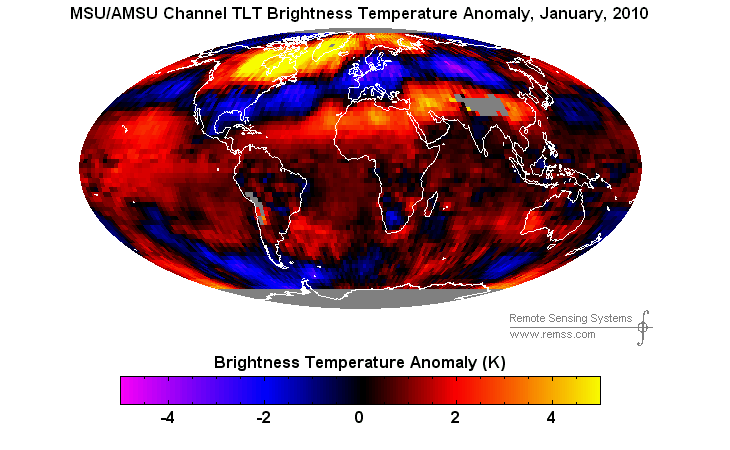 Some people in the blue islets say and have been saying it’s been cold. It has been, locally, in the US, Europe and Siberia. But globally averaged, January 2010 was warm. At least according to this data. They’ll be checking it thoroughly since January only ended a few days ago.

Anyway, it’s one of the beginner fallacies to extrapolate globally from a local (or short time) situation, and it seems to sit very tight even among some engineer friends of mine who should clearly know better. It’s “cold here now hence IPCC is wrong” or some variation thereof, like Peter Sinclair reviewed a year and again a few weeks ago.