The Green Nuclear kind, be sure to read the comments in German. 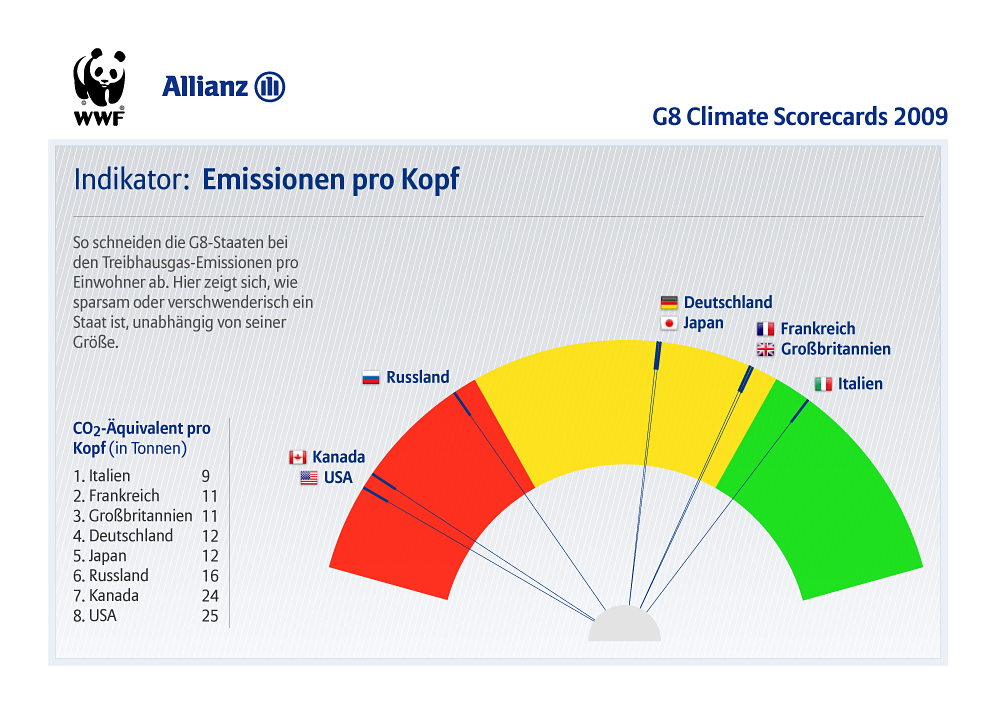 To summarize, in WWF:s climate score cards, France is scoring pretty badly. Everybody knows that France has about 80% nuclear power in electricity production, much more than the neighbouring Britain and Germany which use mostly coal. So, since WWF and Allianz don’t like it, they substitute it as if it was natural gas.

WWF does not consider nuclear power to be a viable policy option. The indicators “emissions per capita”, “emissions per GDP” and “CO2 per kWh electricity” for all countries have therefore been adjusted as if the generation of electricity from nuclear power had produced 350 gCO2/kWh (emission factor for natural gas). Without the adjustment, the original indicators for France would have been much lower, e.g. 86 gCO2/kWh

Of course these score cards are widely published everywhere without reference to the footnotes . There are some other weird things about them too…