Ares I is in a Bit of a Trouble

Nasaspaceflight.com’s Chris Bergin finally wrote the article on Ares I’s thrust oscillation mitigation options. There are three main ones: new pulsed brake rockets, a damper between stages and a tuned small mass damper in the SRB. All three could be applied. They also increase mass and thus reduce performance.

Ares I’s thrust oscillation coupled with the whole rocket’s already looming possible underperformance and the Orion spacecraft mass growth drives towards a possible no win situation. It’s a bit hard to know about the margins.

There is only one earlierdocument making a clear picture of the masses, performances, margins and
reserves out there:
Brian Muirhead’s presentation from 31 Jan 2008. (Thanks to Renclod on Nasaspaceflight’s forum for finding it.) 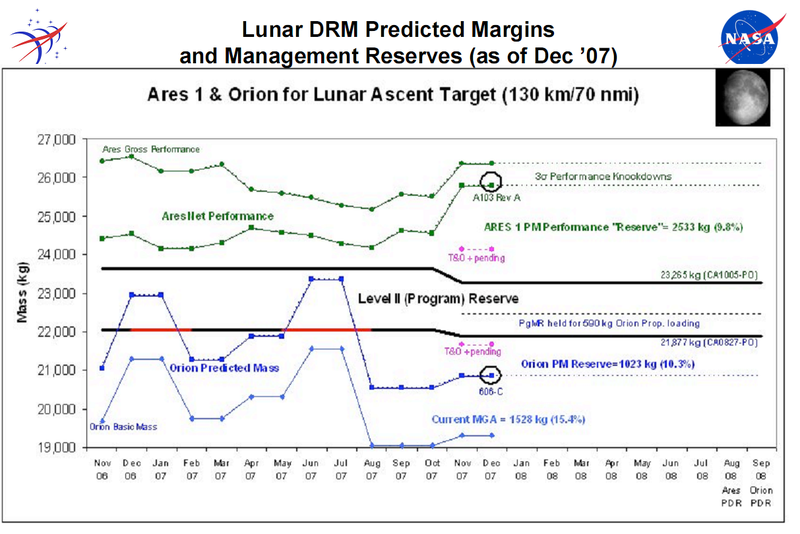 So it seems there could still be some good margins left. The whole information coming from NASA through unofficial channels is always somewhat garbled, although less so than through PAO.

It’s next to impossible to judge how grave the situation is. When some component (say, a stage) is over
target mass, some manager reserve can pop up and increase the allocated mass considerably. Thus the need for presentations like Muirhead’s which show everything: performance targets, absolute limits and margins and reserves, not only for the launcher but for the payload as well.

(Sorry for the broken line breaks, it’s Opera’s incompatibility with WordPress, I’ll use only Firefox for these posts from now on.)