A Possible Effect of Global Warming

Michael Tobis has discussion on sea level rise. Everybody should probably know how the IPCC sea level estimate doesn’t include ice sheet dynamics and thus is open at the top end of the scale.

I remember here in Helsinki a long time city official telling how he organized lectures on global warming around 1989 and drove limitations on zoning on low lands. The reluctant system ended up with zoning suggestions. 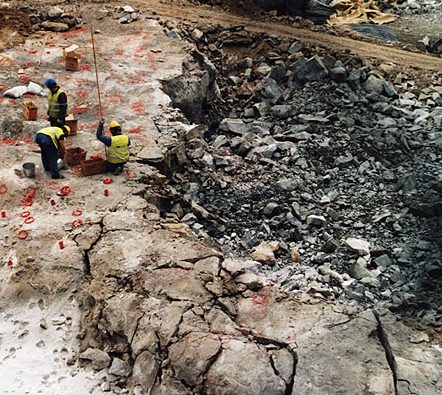 Which then were completely ignored since the city and developers made a lot of money from coastal development. I lived for a few years in an area built around 1995 at quite low level, perhaps 2 meters from the average sea level. The actual height maps (everything is mapped to pinpoint accuracy here) are in fact secret!

But many newer buildings are clearly built almost right into the water – There’s one commercial building right next to the technical university, it’s right next to the shore and the cellar is clearly below sea level, separated only by a thin rock neck. They must have built it like a ship. The two newest buildings at the technical university themselves have very low footings and are located in a very low lying area, there’s flooding right next to them every few years when a consistent particular wind direction raises sea level in this part of the Baltic. Low footing means easy access for disabled or elderly people and carriages and transport, but it also has such problems. There was even the water management laboratory building – which ironically had a cellar that flooded almost every year. The laboratory has since been moved elsewhere.

On the other hand, the ground is still rebounding from the ice age here, it’s about 3-5 mm per year in Southern Finland and 9 mm on the midwest coast – perhaps roughly halving the effect of global warming in the south and deflecting it altogether in the midwest (though rivers could well form new lakes inland). You can see old villas having piers reaching to shallow muddy reeds that once were open water. The coasts in Finland are generally very shallow but there is a lot of small scale “bumpiness” in the terrain. Further south like Germany or southern England the ground is actually sinking to balance this rising in the north. The official term for all the shape changes is glacial isostatic adjustment (earlier called postglacial rebound). The largest scale phenomenon is in Canada, but those areas are not populated like in Fennoscandia (Scandinavia + Finland).

But back to the development issues. The zoning and building profiteers are different from the actual people who live there who have to deal with the building tens of years after building. This is another case where responsibility somehow doesn’t transfer – the buyer doesn’t know to demand quality or doesn’t have a way of getting anything back anyway for problems that show up much later.

Bad development and housing is a huge additional cost for a nation. This doesn’t just mean location, but stuff like insulation or water proofing where you can save a little in initial cost by doing it sloppily but rack up much bigger costs in the long run.

1 Response to A Possible Effect of Global Warming